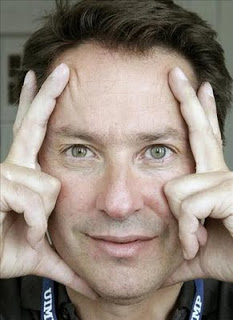 Prof. Cirac Sasturain is one of the pioneers of the field of quantum computing and quantum information theory. His joint work with Peter Zoller on ion trap quantum computation opened up the possibility of experimental quantum computation, and his joint work on optical lattices jump started the field of quantum simulation. He has also made seminal contributions in the field of degenerated quantum gases, quantum optics and many body physics. Ignacio Cirac has been granted multiple awards, among them the 2006 Prince of Asturias Award, the BBVA Foundation Frontiers of Knowledge Award in the Basic Sciences category ex aequo with Peter Zoller, and The Franklin Institute's 2010 Benjamin Franklin Medal in Physics (jointly with David J. Wineland and Peter Zoller), and the  Wolf Prize in Physics with Peter Zoller in 2013. Since 2001 he has been the Director of the Theoretical Division of the Max Planck Institute of Quantum Optics in Garching, Germany. 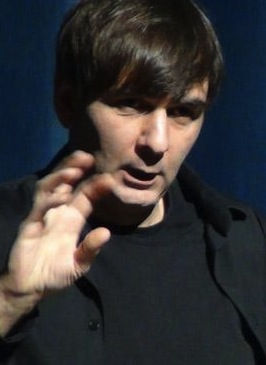 Prof. Dvali is a world-renowned theoretical particle physicist. Among his many contributions stand his pioneering works on Large Extra Dimensions and Modified Gravity. Prof. Dvali is a recipient of the New York City Mayor's Award for Excellence in Science and Technology. He has held a David and Lucille Packard Fellowship and an Alfred P. Sloan Fellowship. In 2009, he was awarded an Alexander von Humboldt Professorship and was appointed to the Chair of Theoretical Particle Physics at LMU’s Arnold Sommerfeld Center for Theoretical Physics. He is also a Director of the Max Planck Institute for Physics in Munich and holds a Silver Professorship Chair at New York University. 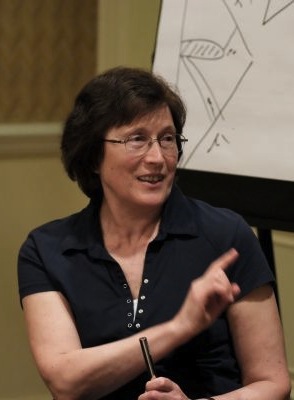 Prof. Kallosh is a world-leader in the study of Supergravity theories. She has made crucial contributions both at a fundamental level, including her works on quantum supergravity, and at the applications to Cosmology, black-hole physics and to the low-energy description of string theory vacua. She has received several awards for her pioneering contributions such as the Humboldt International Research Award (2005-2008) and the Lise Meitner prize of Göteborg University and Chalmers (2009) "for pioneering contributions to theoretical physics and cosmology which led to the construction of models of accelerated expansion of the universe in string theory". 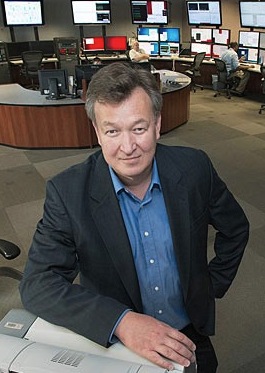 Prof. Kharzeev is professor of physics at Stony Brook University and a senior scientist at Brookhaven National Laboratory. His research interests include quantum field theory, nuclear physics, condensed matter physics and quantum optics. His ideas are theoretical driving forces that lead to a better understanding of exotic new states of matter, such as the quark gluon plasma. He is proponent of the idea of a “big synthesis” in which the artificial boundaries between the sub-fields of physics and natural sciences in general begin to disappear revealing the deep connections between the phenomena that occur on vastly different scales - from femto-meter to parsecs. As such his research reaches out into the fields of condensed matter physics, nano-technology and quantum optics. Amongst many other things this broad interest in research is reflected by the facts that he holds a Humboldt award for predicting the "chiral magnetic effect" in the quark gluon plasma and the US patent 20100109712 on Graphene-Magnet Multilayers (GMMs). 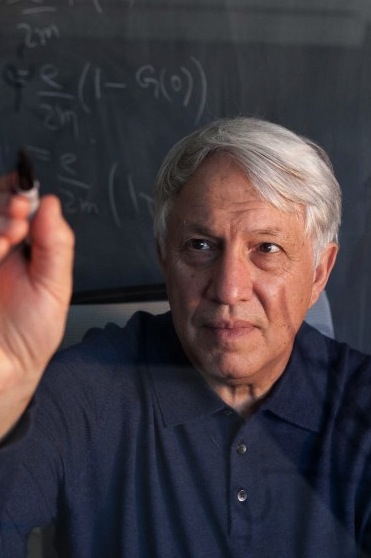 Prof. Linde is a world reference in Cosmology, with seminal contributions to the modern development of the field. He is one of the fathers of Inflation, of the theory of cosmological phase transitions, and of the idea of an eternal inflationary multiverse. He has received prestigious prizes as the 2002 Dirac Medal, the 2004 Gruber Cosmology Prize for the development of inflationary cosmology and the 2012 Fundamental Physics Prize. In 2014, he was a co-recipient of the Kavli Prize awarded by the Norwegian Academy of Science and Letters with Alan Guth and Alexei Starobinsky. He is a member of the National Academy of Sciences of the USA and of the American Academy of Arts and Sciences. 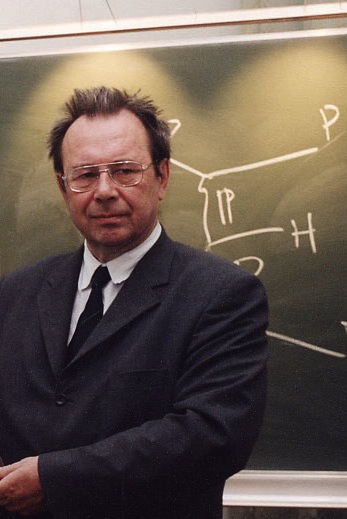 Prof. Lipatov´s contributions have been essential for the development of the theory of strong interactions. His results on deep inelastic scattering and the Pomeranchuk singularity, leading to the DGLAP and BFKL equations, have opened the path towards a quantitative understanding of high-energy processes in Quantum Chromodynamics. He has been awarded the Alexander von Humboldt Prize in 1995 and the International Pomeranchuk prize in 2001. He has been Marie Curie Chair of Excellence in the University of Hamburg from 2006 to 2009 and Scholar of the Mortimer and Raymond Sackler Institute of Advanced Studies from 2009 to 2010. He chairs the Theory Department of St. Petersburg's Nuclear Physics Institute and is a member of the Russian Academy of Sciences. 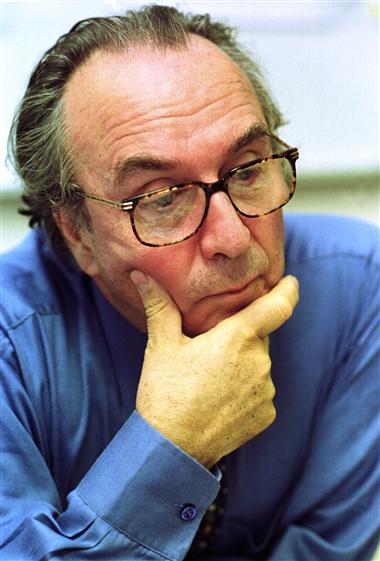 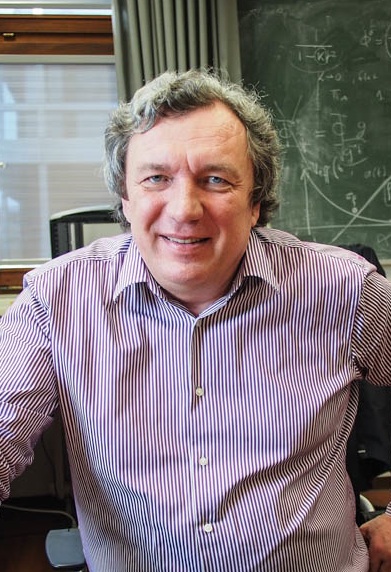 Prof. Mukhanov holds the Chair of Cosmology at the Ludwig-Maximilians-Universität in Munich. He is one of a select group of researchers who have made significant contributions to the theory of cosmic inflation. In 1980–81, together with G. Chibisov, he discovered that quantum fluctuations could be responsible for the large-scale structure of the universe. They calculated the spectrum of fluctuations in a model with a quasi-exponential stage of expansion, later known as inflation, in very good agreement with recent measurements of the CMB fluctuations. He has received numerous awards, the Gold Medal of the Soviet Academy of Sciences, the Oskar Klein Medal, and in 2015 the Max Planck Medal. He has received the Chaire Blaise Pascal, a prestigious distinction awarded by the French Government, the Tomalla Prize by the Swiss Tomalla Foundation for Gravity Research, and the Amaldi Medal of the Italian Society for General Relativity.  In 2013 he was awarded, with A. Staorbinsky, the Gruber Prize in Cosmology. 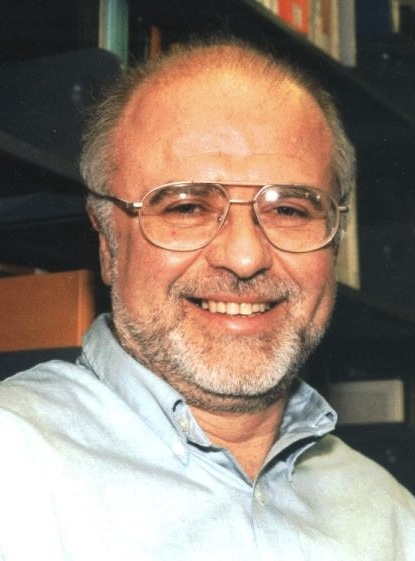 Prof. Neuberger is a world-recognized expert on the formal and numerical aspects of Quantum Field Theory. His many contributions have enlightened our understanding of strongly coupled processes in quantum field theories in general and in Quantum Chromodynamics, the theory of the strong interaction, in particular. He has solved a long-standing problem concerning the formulation of massless fermions on a lattice, a result that has opened the path to a rigurous non-perturbative treatment of chiral symmetry. He has also done important contributions to the understanding of Yang-Mills theories in the limit of a large number of colours. He is Professor of Physics at Rutgers University and has received distinguished awards as the John Simon Guggenheim Memorial Foundation Fellowship for Natural Sciences in 2001, and the Alexander von Humboldt Foundation Award in 2006. In 2001 he was nominated fellow of the American Physical Society. 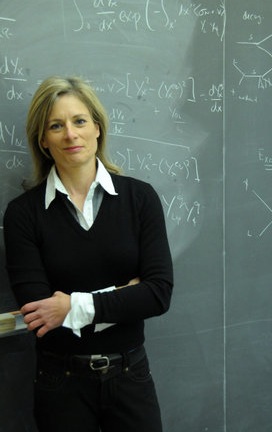 Prof. Randall is a leading expert on particle physics and cosmology. She has performed very influential contributions in both fields, the most prominent the Randall-Sundrun model involving extra dimensions of space. Prof. Randall has also had a public presence through her writing, lectures, and radio and TV appearances. Her book Warped Passages: Unraveling the Mysteries of the Universe's Hidden Dimensions was included in the New York Times' 100 notable books of 2005, she was also included in Time Magazine's "100 Most Influential People" of 2007. She is a member of the National Academy of Sciences, the American Academy of Arts and Sciences and a fellow of the American Physical Society. She has received the Premio Caterina Tomassoni e Felice Pietro Chisesi Award, the Julius Lilienfeld Prize of the American Physical Society, and the Benjamin Franklin Creativity Laureate in the Sciences. She is the Frank B. Baird, Jr. Professor of Science on the Physics faculty of Harvard University. 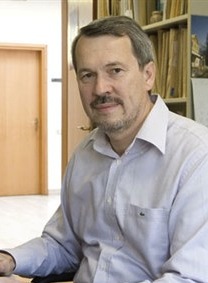 Prof. Smirnov is a leading authority in the field of neutrino physics. He is mostly known for his contribution to the understanding of neutrino propagation through matter (Mikheyev-Smirnov-Wolfenstein effect), which represented a major step towards the solution of the solar neutrino problem. His awards and honors include the Biedenharn endowed chair in physics (University of Texas, Austin, 2002), the award of the Japanese Society for promotion of science (2004), the Alexander von Humboldt research award (2004), the Erwin Schrödinger guest professorship (Vienna, 2007), and the Centennial Markov Prize (Moscow, 2008).